This shop has been compensated by Collective Bias, Inc. and The Coca-Cola Company. All opinions are mine alone.
#CocaColaHolidaySpice #CollectiveBias

What has been just a thought to me, some grocery stores I frequent, have already put into action. Earlier in September, I walked into a Walmart store to find holiday décor EVERYWHERE!

Hover on the products in the image below to click through and purchase Coca-Cola® Cinnamon & Sprite® Winter Spiced Cranberry now! 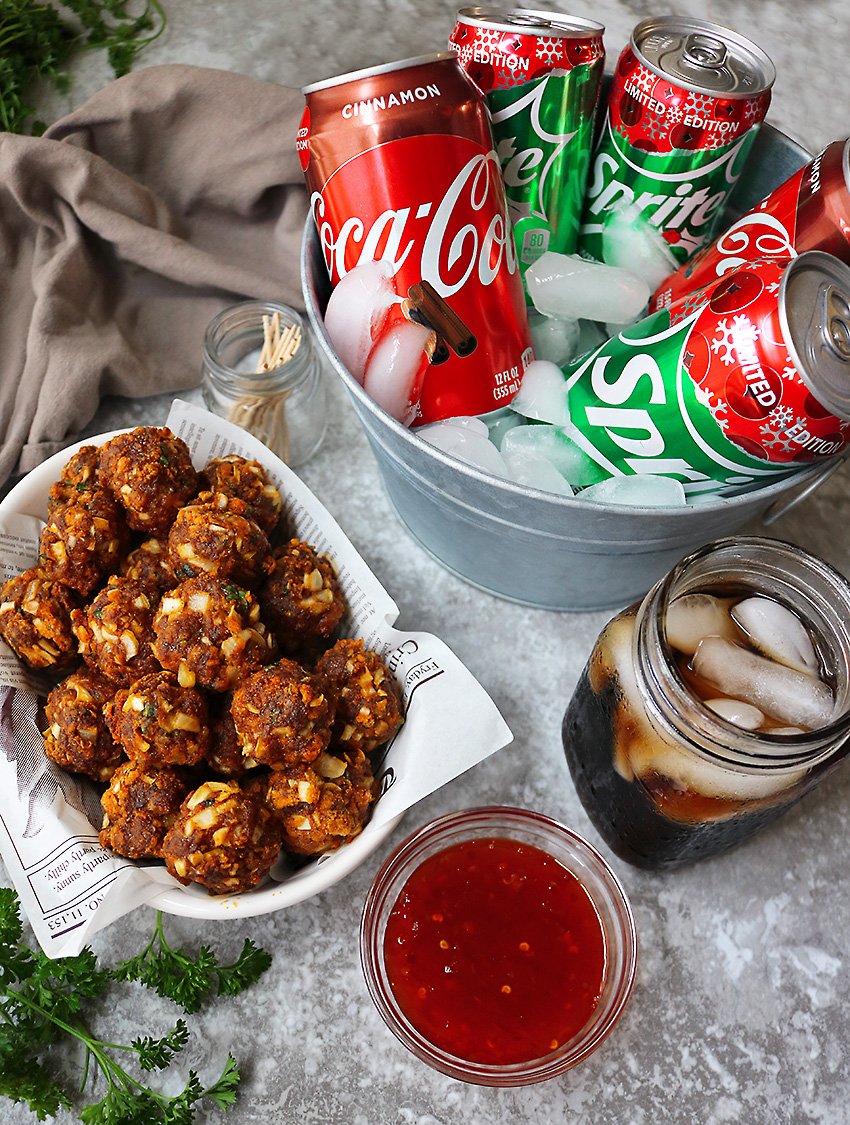 You can hover on the products in the image above or make your choice below to click through and purchase Coca-Cola® Cinnamon & Sprite® Winter Spiced Cranberry now!

And, then, The Coca-Cola® Company decided to join them by releasing not one but TWO NEW festive flavors! Now for a VERY LIMITED TIME ONLY, you will be able to find Coca-Cola® Cinnamon & Sprite® Winter Spiced Cranberry on shelves at Walmart stores nationwide!

This year we are hosting a few holiday dinners and I am so excited to add comforting, refreshingly spiced, Coca-Cola® Cinnamon & Sprite® Winter Spiced Cranberry to my drink collection of Diet Coke®, Sprite®, and Coca-Cola® Zero this year.

Instead of getting a taste of the season with a festive punch or holiday drink, I am planning on serving chilled Coca-Cola® Cinnamon & Sprite® Winter Spiced Cranberry instead along with some of these taste bud tantalizing, Spicy Chorizo Balls.

To be honest though, I don’t think my daughter and I will be saving our stash of Coca-Cola® Cinnamon & Sprite® Winter Spiced Cranberry for holiday get-togethers only. We couldn’t help but sip on a can each as we contemplated dragging out our holiday decorations and putting them up.

And I know that when holiday cooking, shopping and gift wrapping is in full swing, we might have a can or two of Coca-Cola® Cinnamon & Sprite® Winter Spiced Cranberry tucked into our purses to stop and take a break with.

These Spicy Chorizo Balls are for chorizo lovers and for everyone who likes spice-a-licious eats.

Spiced with garlic, onion, smoked paprika, and cumin, these balls are a flavor explosion.

They are not only easy, but quick to make as well.

How to make Spicy Chorizo Balls

You will gather the chorizo, onion, cumin, smoked paprika, almond flour, parsley, and garlic as well as some salt and pepper.

Add then simply add all ingredients to a bowl and mix well. You can use your hands (like I did). If you don’t want to get your hands messy, I wouldn’t recommend using a spoon as it wouldn’t do as good a job as your hands would. But, you could put on some disposable gloves and mix this up.

After the meat and spices are well combined, you will break off small bits (about 1 1/2 to 2 tablespoons approx.) and roll them up.

Then place rolled up Chorizo balls on a parchment lined baking tray and bake.

30 minutes you later, you will want to dig into these balls as soon as you pull them out of the oven But, let them rest about 5 minutes. You can discard any extra fat from around the base of the balls if you prefer.

Are these Chorizo Balls a snack? An appetizer? Or, dinner?

You can enjoy them as is or serve them up with your favorite sauce.

They are delicious to snack on during game time.

They make for a tasty movie night dinner item with some veggies and potatoes.

And, they make for a fantastic appetizer or side item at your next Thanksgiving or Friendsgiving or Holiday get-together.

And, they are especially scrumptious when enjoyed with a chilled Coca-Cola® Cinnamon & Sprite® Winter Spiced Cranberry. So, make sure you head on over to your neighborhood Walmart and stock up as these two new festive flavors won’t last long.

This data was provided by Nutritionix - please make sure to use your own calculations for accuracy and to suit your dietary needs. 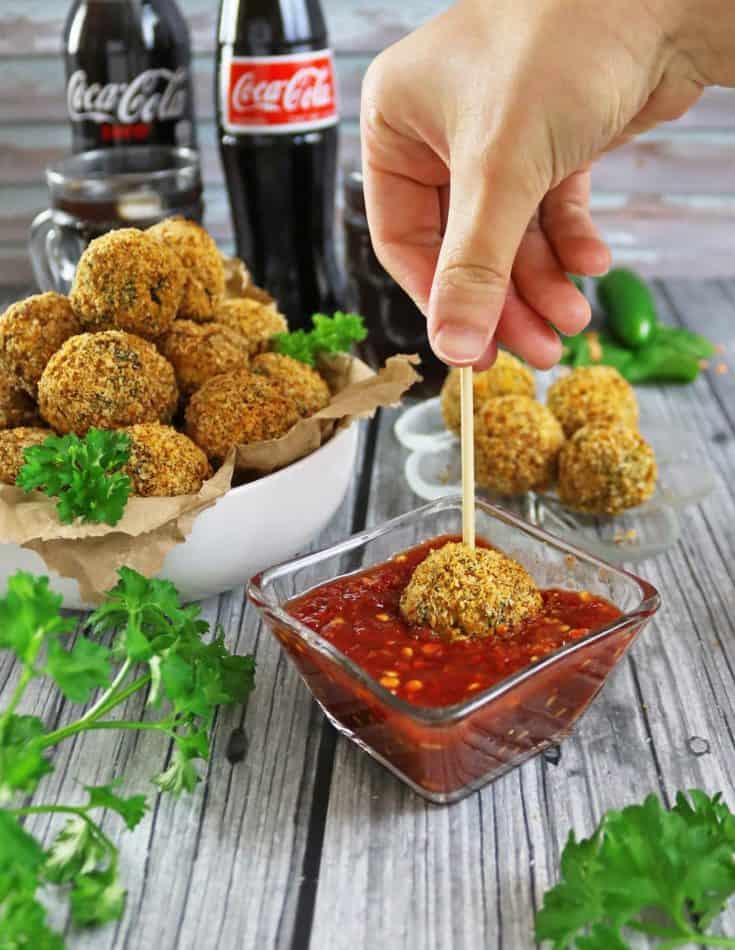 What I love most about your writing is that you're always so 100% genuine about all that you express--I feel excited for the holidays just reading this (and that's saying something since I never think about the holiday season before Halloween!). What a warm, comforting way to enjoy the pre-holiday season!

Super easy and came out great! My picky eater liked it.

What a delish looking meatball recipe with a ton of flavor. I actually have 9/10ths of the things needed to make this too. I think I will stop at the market and give this recipe a go for the weekend.

What a fun recipe! Best of all, look at those fun pop flavors!! YUMMMO