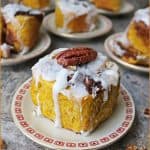 These tasty yeast-free vegan pumpkin cinnamon rolls are so easy to make. Simply roll the dough, fill it, bake it and enjoy on a laid back Saturday morning.

Warm, gooey, sweet, homemade cinnamon rolls are such a treat on a weekend morning. And, if you are looking for a tasty, homemade, cinnamon roll recipe that takes less than an hour to prepare, you’ve come to the right spot!

This recipe also does not use any eggs or milk – so, if you happen to be out of eggs or milk, you don’t have to rush to the store on Saturday morning before making these.

I love an indulgent cinnamon roll, but I tried to keep these on the healthier side by using pumpkin purée to cut down on the amount of butter I used to make these.

Fresh out of the oven, these are ever so slightly crisp on the outside and soft on the inside. Let these pumpkin cinnamon rolls cool down a bit and slather them with icing. As these were loosely rolled before they baked, that icing wound its way down the nooks and crannies, resulting in a ooey gooey center that makes cinnamon rolls irresistible – at least, to me.

Now, I’m not saying these egg free pumpkin cinnamon rolls can be compared to those infamous Cinnabon cinnamon rolls. But, these are seriously scrumptious in their own egg-free, dairy free, healthyish, way.

Overall, my daughter and I found these egg free pumpkin cinnamon rolls to be deliriously delicious even though they were made without eggs ~ the perfect treat to kick off Saturday.

And they were ready in less than an hour! If you have a cup or two of coffee in you and gather up the ingredients for these quickly, you could probably get these ready in about 45 minutes as they don’t require any proofing and they need to be baked for 25-30 minutes.

This recipe resulted in 6 cinnamon rolls. If you would like to make more, this recipe can easily be doubled or tripled.

These are some of our favorite cinnamon rolls because they are so quick, easy, and tasty. I’ve made several variations of this recipe and one of them are the cardamom cinnamon rolls.

If you are looking for a tasty and easy way to treat yourself and your family this weekend, whip up these dairy-free, egg-free, pumpkin cinnamon rolls and please don’t forget to let me know what you think by tagging @savoryspin on Instagram, Facebook, or Pinterest.

For the Pumpkin Cinnamon Rolls 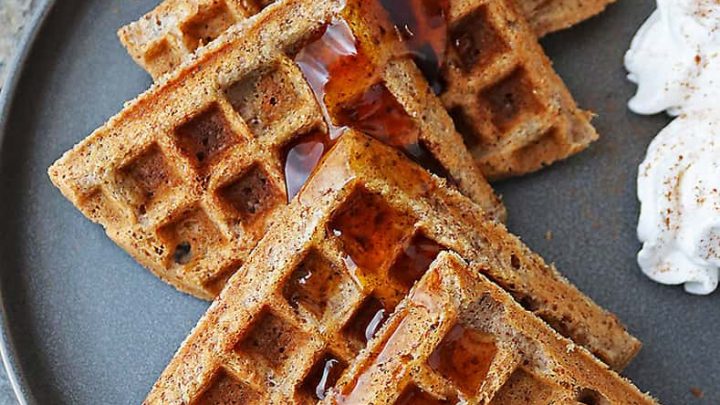 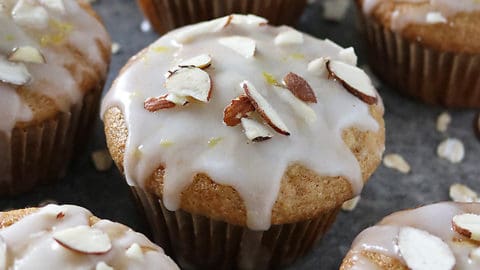 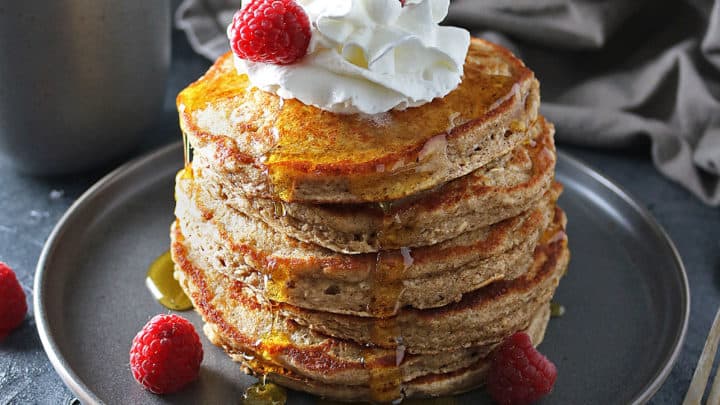 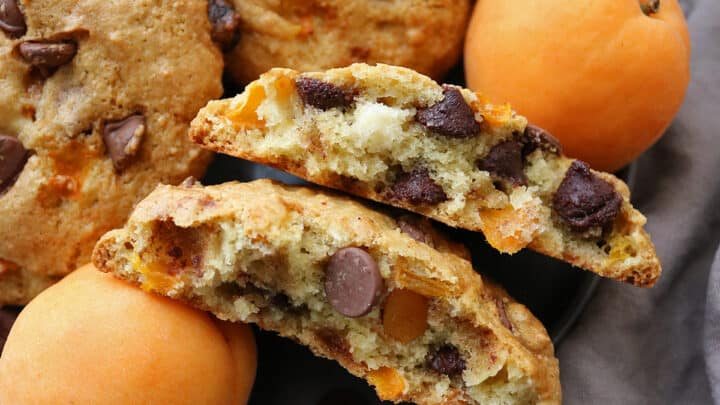 […] I did with these pumpkin cinnamon rolls, I leaned on aromatic and warming spices like cinnamon, cardamom, ginger, and nutmeg to flavor […]

These pumpkin cinnamon rolls look perfect Shashi! And what a great time of your to introduce them as we start to experience colder mornings. Yum!

I love that t his recipe is egg free and doesn't have any egg substitutes. My little guy is allergic and misses out on all the good stuff especially during holidays. He will be so happy he can eat this.

Never tried making pumpkin cinnamon rolls .. These looks absolutely delicious thou, and I love the moist texture it has too

Oh, you've landed on one of my all-time favorite breakfasts, Shashi - the glorious cinnamon roll! And the pumpkin twist here is perfect for Autumn. While I do enjoy baking with yeast, I have to say that a yeastless cinnamon roll recipe is quite valuable...sometimes you just need a cinnamon roll and don't want to wait on the yeast to have a party! I'll gladly finish off any leftovers from this batch!!