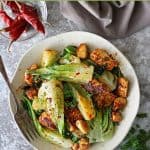 Heavily flavored with garlic and ginger, this low carb, Easy Chicken & Baby Bok Choy Recipe is such a tasty and light dinner on a weeknight when you don’t have a lot of time to spend in the kitchen.

This past weekend, we spent a lot of time looking at houses near the Dekalb Farmers Market. If you live in Atlanta, you have probably been to, or heard of, this foodie landmark. If you don’t live here – gosh, this place is worth the move!

Seriously though, the Dekalb Farmers Market is a mecca for foodies like you and me. They have everything from fresh produce to spices to wine to a restaurant ~ all under one roof!

Over the years, I’ve spent an absurd amount of time perusing their aisles filled with new fruits, unique veggies, fresh fish, and insanely cheap spices. Even these days I manage to find something there I had not tried before.

Speaking of foods that have not been tried, when my daughter was a toddler, we used to play a foodie-game. I’d take her to a grocery store or the Dekalb Farmers Market and have her pick out a new-to-her fruit or veggie for us to bring home and try together.

Yes, I hid avocado in chocolate cupcakes and beets in pizza dough, but, I also wanted her to make food-related choices and enjoy trying out her choices.

Well, this weekend, after our last house tour, we headed to the Dekalb Farmers Market to de-stress. And, it was here that we spotted some fresh baby bok choy.

Neither of us had tried baby bok choy before, so we both figured we would relive the game of her youth and bring some home to try.

We got home late and I really wasn’t in the mood to cook. But, after my daughter put away all the veggies and fruits, there was no room for the baby bok choy and a package of chicken. So, I decided I would whip up a super quick dinner with them.

After consulting Google, I realized that baby bok choy cooks super fast. So, I decided to chop up the chicken and saute it along with some grated fresh ginger and grated fresh garlic, first.

Grating garlic can be tricky ~ but grated garlic ads so much flavor to this. The trick is to find garlic with extra large garlic cloves.

How to make this easy chicken & baby bok choy dinner?

It was then that my daughter grabbed a spoon to start her taste testing. She grabbed some of those browned bits of ginger and garlic and started swooning. She insisted that those bits were incredibly flavor packed and had to make it onto the plate.

And I gotta say, she was right! Those browned bits and pieces of ginger and garlic made this chicken and baby bok choy dinner one heck of a tasty meal. And, it doesn’t hurt that from preparation to plating, this easy, tasty recipe took less than 25 minutes! 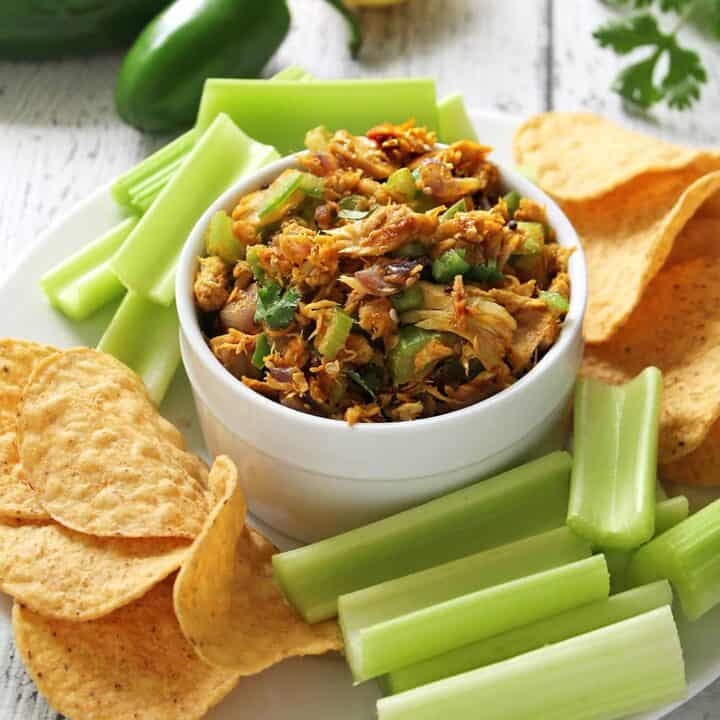 A warm, comforting, quick, easy and nutritious salad, perfect for the changing seasons! 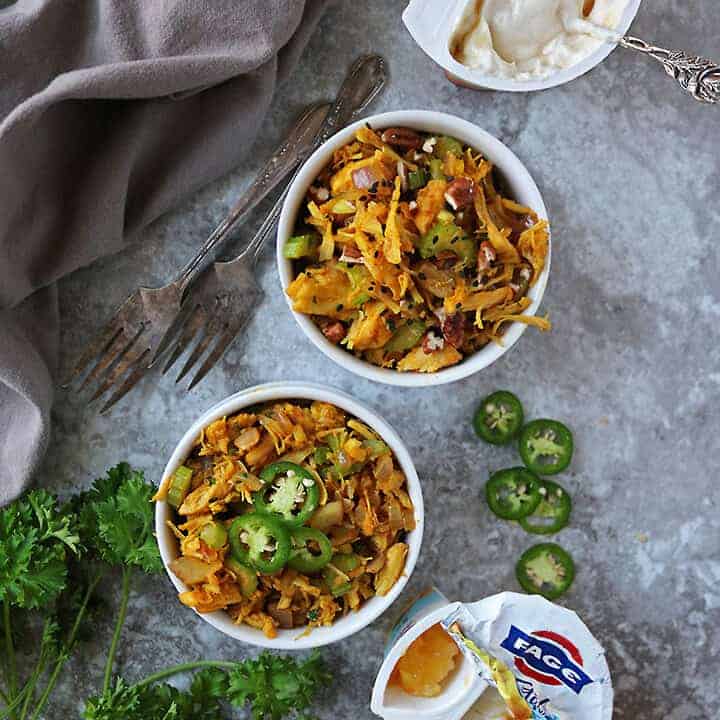 This super easy Warm Chicken Salad makes meal prepping easy. Enjoy it during the week with some crackers for lunch or on some lettuce leaves as low carb tortillas for dinner. 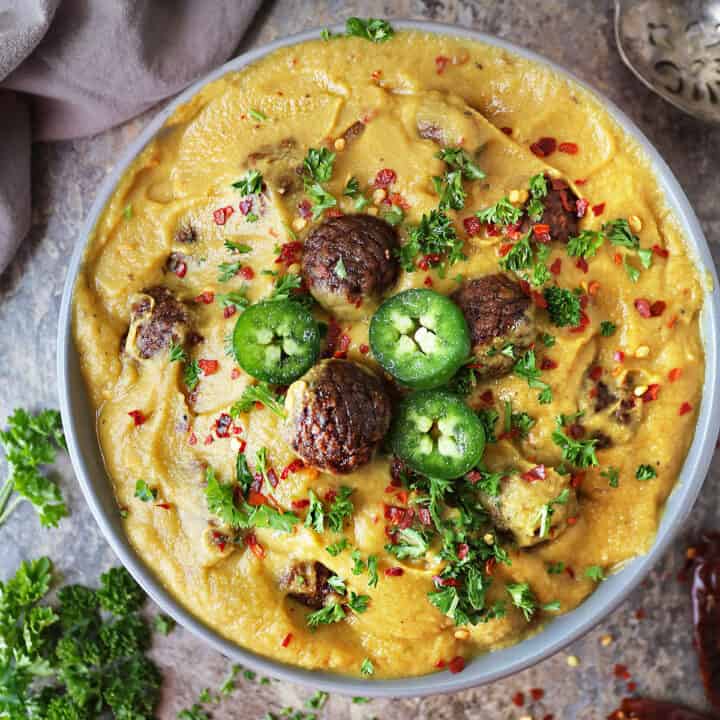 Meatless Meatballs are tossed into in a lusciously creamy, vegan, Spicy Cauliflower Sauce in this recipe ~ making this a delicious side dish with some salad or pasta or a scrumptious snack! 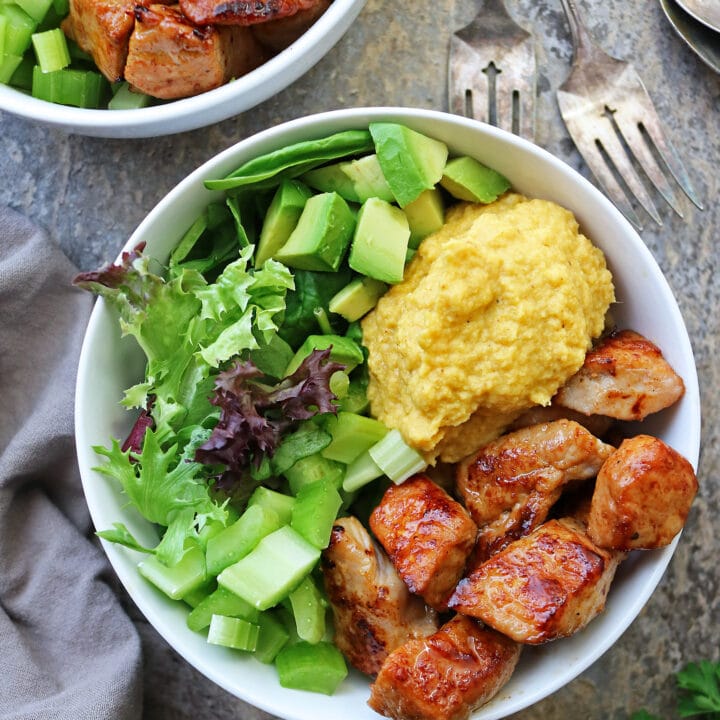 With kids back in school and the pace of life picking up, dinner doesn’t have to be take out. In fact, you can have a tasty, nutritious, dinner on the table in less than 30 minutes by serving up these delicious bowls of Turmeric Cauliflower Mash, Smithfield Marinated Fresh Pork, and a variety of greens. 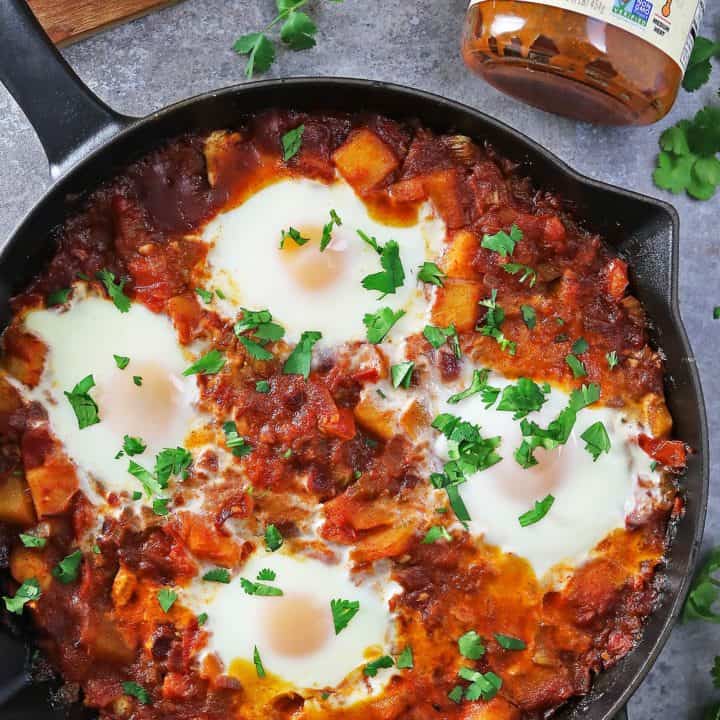 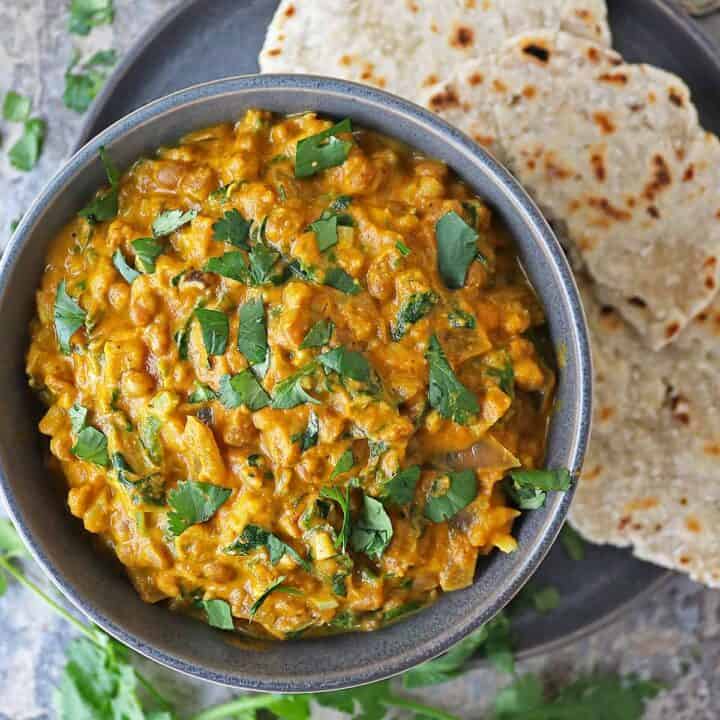 This lusciously creamy and easy Lentil Curry is made with staples from our pantry such as canned lentils, canned pumpkin, and canned coconut milk. Quick,delicious and filling, this vegan lentil curry had us licking our plates! 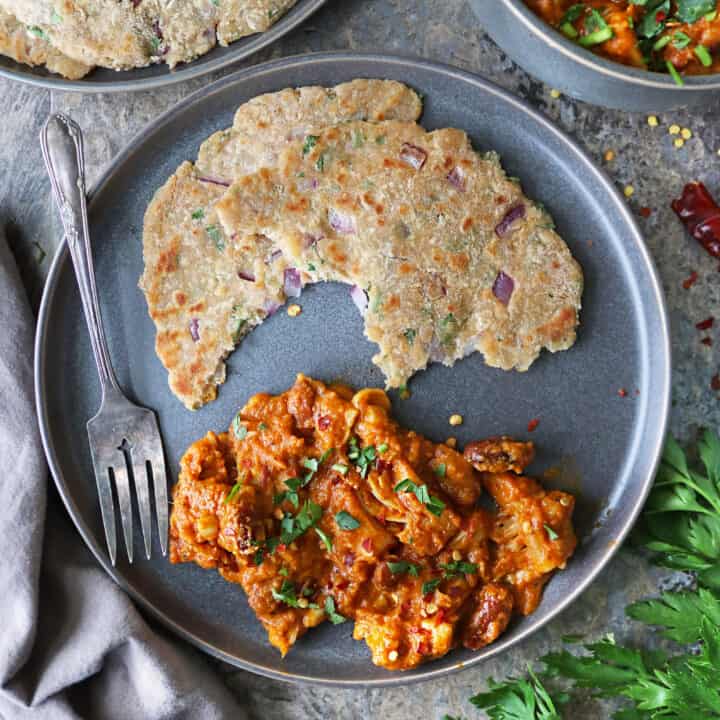 Canned jackfruit is the star of this lusciously creamy yet easy Jackfruit Curry. Quick, delicious, and nutritious, this vegan jackfruit curry had us licking our plates! 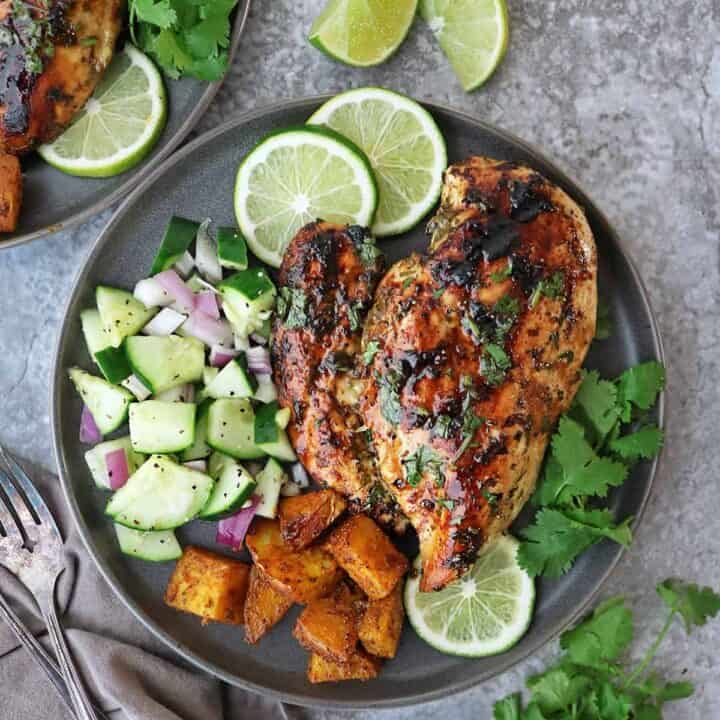 This Cilantro Lime Chicken packs a deliciously fresh, tangy, and garlicky punch that will have your taste-buds singing!

Pair this chicken and boy choy recipe with some vanilla-infused rice, or some hummus biscuits, and follow it up with some of these caramel popsicles for a delicious and filling meal.

This was delicious! Great, easy recipe!

Thank you so much!

What a delicious and simple dish. I can't wait to try it.

Wait. Houses in Dekalb? Dekalb is not near me. I do not approve. Just kidding! I do understand why you'd want to be next door neighbors to the International Farmer's Market. I'm jealous!! In other news, it looks like you made quite the dish with your findings at the farmer's market. I've never cooked baby bok choy, but now you've inspired me - if I can find it! Also, whenever I see bok choy, I think about "bonk choy" from Plants vs. Zombies. Haha!

Bok choy goes so well with the flavors in this dish - a great easy weeknight meal!