The ingredients that go into my oatmeal bowl got turned into this stack of gluten-free, super Easy Oatmeal Pancakes!

**This post for Easy Oatmeal Pancakes was originally published in January 2014. I made edits to the photos and updated the recipe card to make a whole stack instead of just three!  However, the written words below in this post remain the same.**

To me, they are pretty marvelous!

Recently, even my daughter has started to lean toward oats instead of other breakfast choices – and as a parent, it sure warms my heart!

She is FINALLY choosing what I have been eating instead of turning up her nose and protesting its existence!

Did I tell you, I adore oats?

Mostly, I have them in a bowl…

Sometimes, in a bar

These Easy Oatmeal Pancakes are:

• Gluten free (made with ground up certified gluten free oats, they are completely flour less.
• Refined sugar free
• Made with 7 Ingredients
• Tasty (with cinnamon and cardamom)

How to make these easy oatmeal pancakes:

The same ingredients that make up my morning oat bowls, went into these pancakes, only in slightly different quantities.

Unfortunately, my quantities resulted in only 3 pancakes, and, for some reason, basic math fractions were forgotten about when it came to dividing these rounds of deliciousness up between the two of us!

You would think two people who are pretty good with their math skills would be able to figure out that each of our plates should have 1.5 – right?

But, before I could take a picture of a forkful, two of these pancakes were on my daughters plate – leaving me with one.

After an intense round of dueling forks, where pieces of these pancakes were flicked to the floor …and, subsequently, into my dog’s belly, we finally called a truce and settled on finishing these in peace – while shooting each other the stank eye!

Now…
It’s your turn to play dueling forks with someone – over a set of these marvelous oatty pancakes!

Then please let me know how marvelous you think they are!

I used whipped cream, golden syrup and raspberries to top mine – these pancakes have no sugar in them – so please feel free to add 2 tablespoons if you feel the need for sweeter pancakes, but, with syrup, you really won’t miss the sugar at all.

Check out one of my favorite blenders for grinding up rolled oats to oat flour, below ⬇️

**Serve with almond butter, honey, jelly, pancake syrup or whatever your prefer, before diving in! 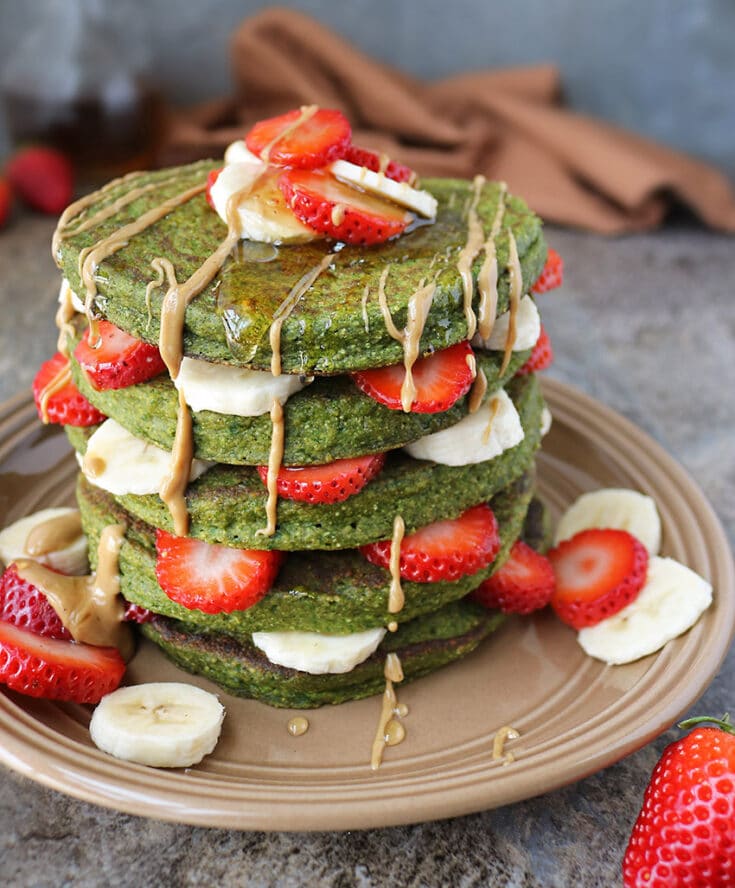 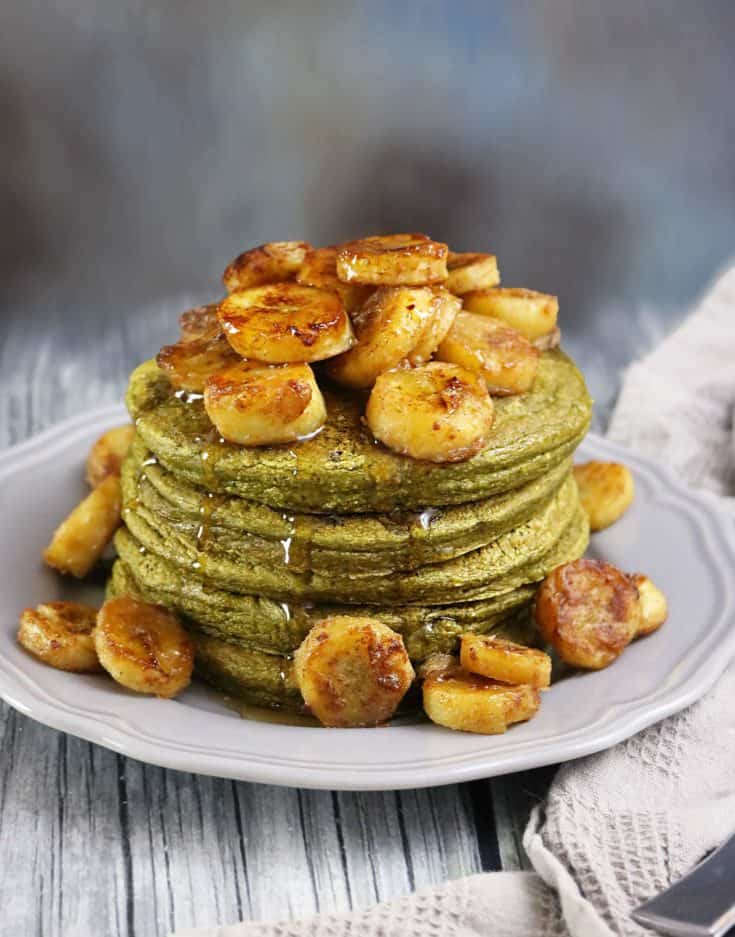 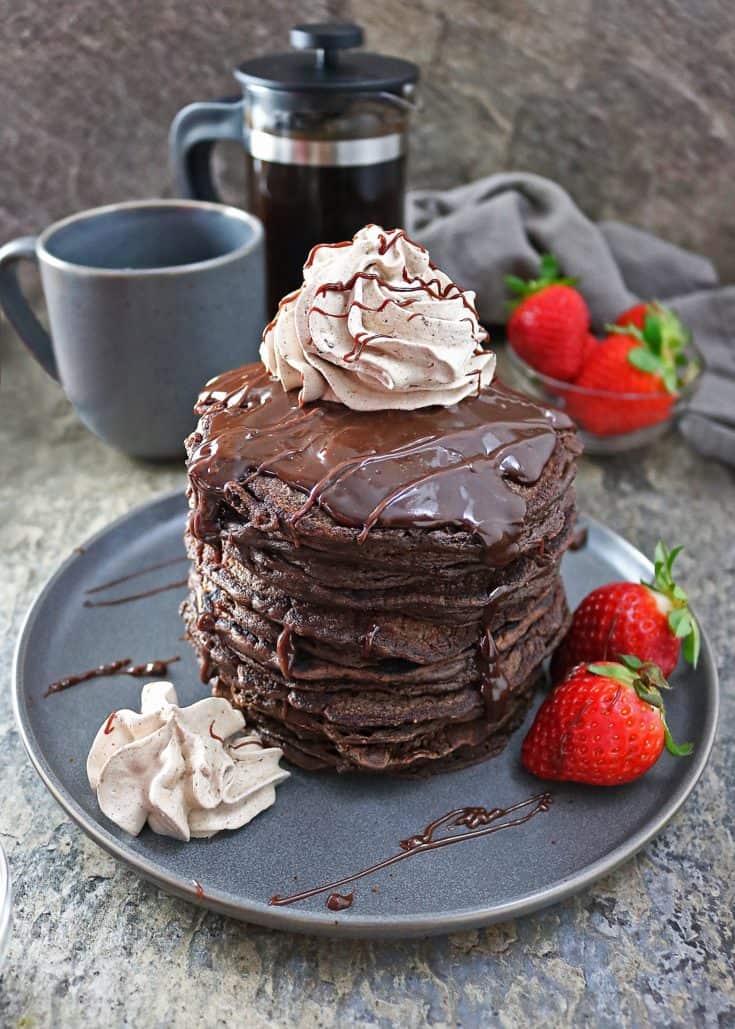 On those cold, rainy, weekend mornings, my daughter and I love to enjoy a stack of these 8-ingredient, gluten free, Easy Chocolate Oatmeal Pancakes with Chocolate Sauce and Chocolate Whipped Cream paired with a cup of antioxidant-rich, Life Extension®’s Coffee, while indulging in yet another Netflix marathon! 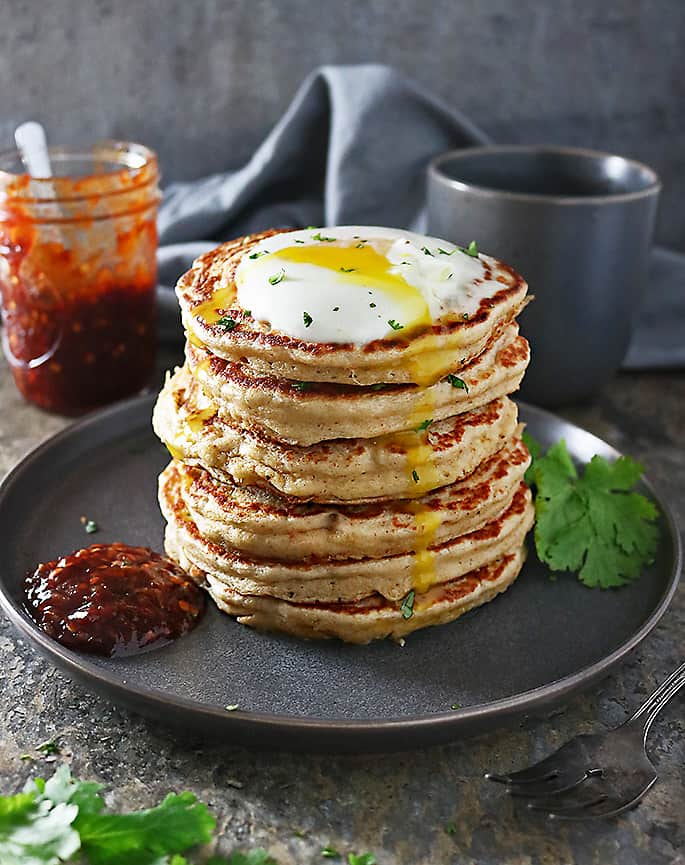 These light and fluffy, gluten-free, 6-ingredient, Oat Potato Pancakes are so satisfying, so delicious, so comforting and yet, so good for ya! Whip up a stack to enjoy with your family this Saturday morning. 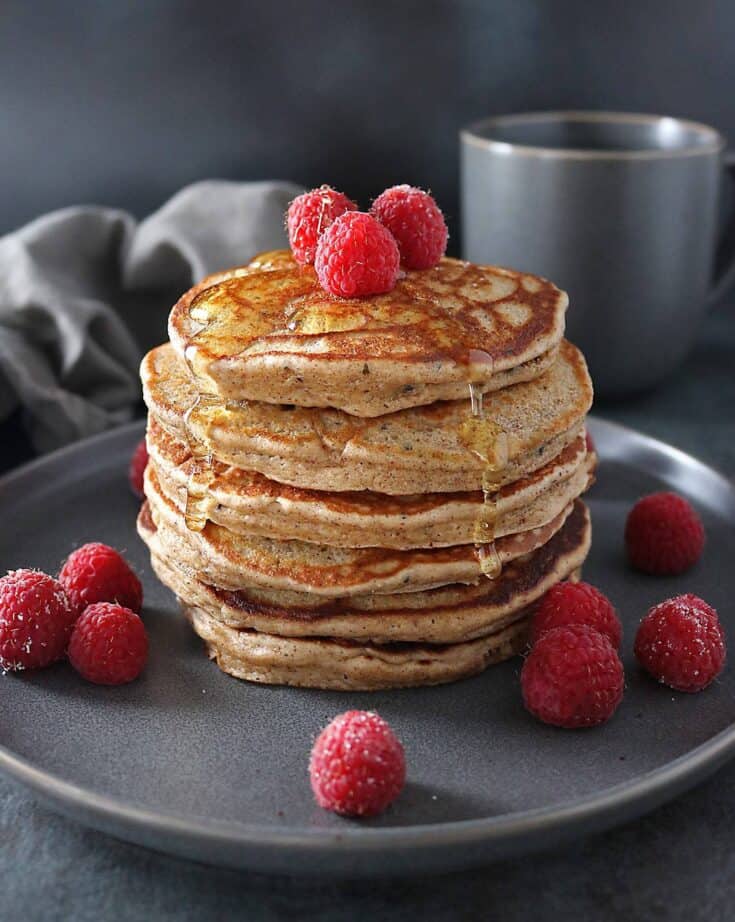 Just tried it and they turned out lovely! Just left out the nutmeg bcz I’m personally not a fan. Thanks for this recipe! ☺️☺️

Are we able to use something like a flax egg or chia egg?

I have not tried this recipe with a flax egg - but I might over the weekend and post that recipe next week. Thanks so much for stopping by.

Love it, I added 2 TBSP sugar because I eat my pancakes with butter.

These turned out great! The whole kitchen smelled amazing! I added extra cinnamon and I believe I didn't let them sit long enough before cooking because the first four pancakes came out rather thin and this amount actually made 7 or 8 pancakes. while making the first three one at a time the batter began to thicken so the last 4 were thicker and fluffier but they didn't look s fluffy as yours but I tried to take a short cut and blend the eggs with the milk so I think that had something to do with it. Thank you for the recipe! I was so happy to find an oatmeal pancake recipe that didn't require bananas :)

These turned out amazing! Definitely the best ‘healthy’ pancake recipe I’ve tried. Minimal ingredients, and so easy to make. Thanks so much! I’ve got this bookmarked :)